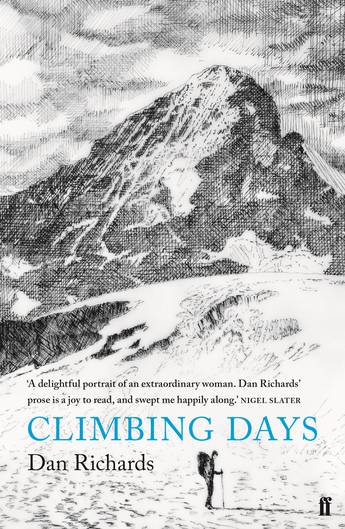 A thrilling travel book, following in the footsteps of a pioneering mountaineer.

In Climbing Days, Dan Richards is on the trail of his great-great-aunt, Dorothy Pilley, a prominent and pioneering mountaineer of the early twentieth century. For years, Dorothy and her husband, I. A. Richards, remained mysterious to Dan, but the chance discovery of her 1935 memoir, Climbing Days, leads him on a journey. Perhaps, in the mountains, he can meet them halfway?

Following in the pair's footholds, Dan begins to travel and climb across Europe, using Dorothy's book as a guide. Learning the ropes in Wales and Scotland, scrambling in the Lake District, scaling summits in Spain and Switzerland, he closes in on the serrate pinnacle of Ivor and Dorothy's climbing lives, the mighty Dent Blanche in the high Alps of Valais.

What emerges is a beautiful portrait of a trailblazing woman, up to now lost to history - but also a book about that eternal question: why do people climb mountains?
More books by this author

Dan Richards was born in Wales in 1982 and grew up in Bristol. He has studied at UEA and the Norwich Art School. He is the co-author of Holloway with Robert Macfarlane and Stanley Donwood, first published in 2012 as a limited run of 277 books - Letterpress printed by Richard Lawrence in his Oxford workshop - followed by a general edition by Faber & Faber in 2013. He is also the author and editor of The Beechwood Airship Interviews.