A Journey Into Africa's Changing Fortunes 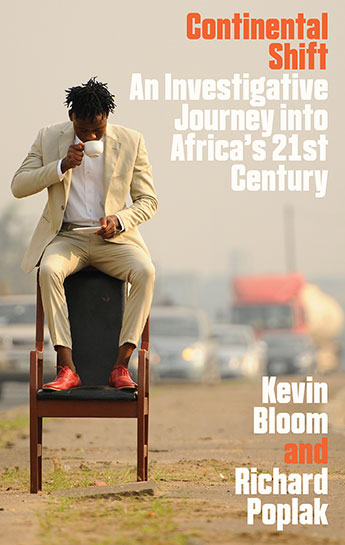 An on-the-road detective story and a report from the economic frontier, Continental Shift follows the money defining and transforming life in 21st Century Africa.

Africa is failing. Africa is rising. Africa is betraying its citizens. Africa is a place of starvation, corruption, stupidity. African economies are soaring faster than any other on earth. Africa is squandering its bountiful resources. Africa is a roadmap for global development. Africa is turbulent. Africa is stabilising. Africa is doomed. Africa is the future. On the ground, all of these pronouncements prove equally true and false, as South African journalists Richard Poplak and Kevin Bloom discover on their 9-year-roadtrip through the paradoxical continent they call home.

From pillaged mines in Zimbabwe to the creation of an economic marketplace in Ethiopia; from Namibia's entrepreneurial middle class to the technological challenges facing 21st Century Nollywood; from China's investment in Botswana to the rush for resources in the Congo; and from the birth of Africa's newest country, South Sudan, to the ongoing conflict in CAR; here are eight adventures on the trail of a new Africa.
More books by this author

KEVIN BLOOM is an award-winning journalist, editor and author, whose first book, Ways of Staying (Portobello, 2010) won the 2010 South African Literary Award for Literary Journalism and was shortlisted for the Sunday Times Alan Paton Award. RICHARD POPLAK is a film-maker, pop-cultural commentator and author of several books, including Ja, No, Man: Growing Up White in Apartheid-era South Africa, which was longlisted for the Alan Paton Non-Fiction Prize and shortlisted for the University of Johannesburg Literary Award.