The Story of the World's Fastest City 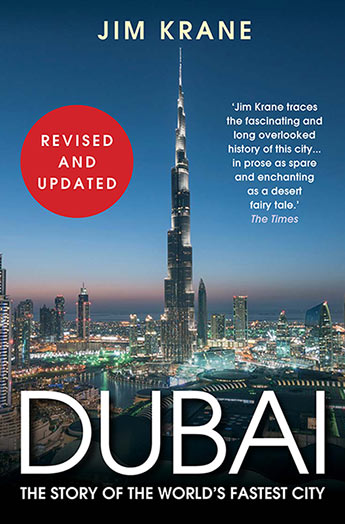 The bestselling exploration of the fascinating city-state, updated with a brand new chapter.

Today, Dubai is a city of shimmering skyscrapers attracting thousands of tourists every year. Yet just sixty years ago Dubai's population scraped a living by picking dates, diving for pearls, or sailing in wooden dhows to trade with Iran and India.

Dubai is everything the rest of the Arab world is not. Until recently it was the fastest-growing city in the world, with an economy whose growth outpaced China's while luring more tourists than all of India. The city has become a metaphor for the lush life, where the wealthy mingle in gilded splendour and luxury cars fill the streets, yet it is also beset by a backwash of bad design, environmental degradation and controversial labour practices. Dubai tells its unique story.
More books by this author

Jim Krane, an award-winning journalist, was the Associated Press' Persian Gulf Correspondent for two and a half years, covering all six Gulf Arab countries. He has also written about Dubai for the Economist and the Financial Times. Previously, he was the AP's Baghdad Correspondent and New York-based Business Writer.