Into the Crocodile Nest 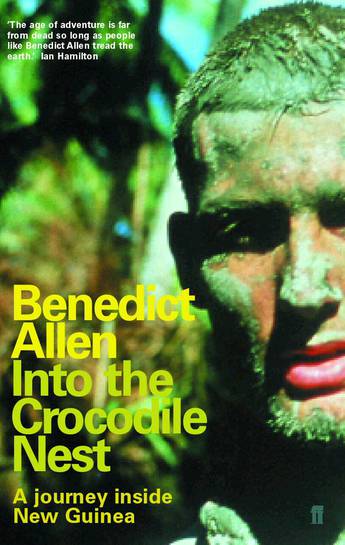 Download cover
Availability: Not available to order from this website, please try another retailer
Benedict Allen travelled through Papua New Guinea in search of a tribe who would invite him to be part of their initiation ceremony into manhood.

When the Sepik tribe finally admit him to their ceremony, he is secluded from the village for six weeks with other young males. This is his story of how they became crocodiles, a story of love, community through shared pain - and sudden death,

Benedict Allen is one of the UK's most prominent explorers. Wherever possible, he prefers to travel alone, immersing himself in alien environments having first learnt survival skills from indigenous peoples.He read Environmental Sciences at the University of East Anglia, and in his graduation year joined expeditions to Costa Rica, Brunei and Iceland. In 1983, aged 23, he crossed the remote rainforest between the Orinoco and Amazon, on foot and by dugout canoe: a journey that became the subject of his first book Mad White Giant: A Journey to the Heart of the Amazon Jungle.Following this, he underwent a gruelling 6-week initiation ceremony in Papua New Guinea, chronicled in his second book Into the Crocodile Nest. Subsequent expeditions have included a search for ape-men in Sumatra (Hunting the Gugu), a trek through New Guinea and to Australia's Gibson Desert (The Proving Grounds) and a 3600-mile journey across the Amazon Basin