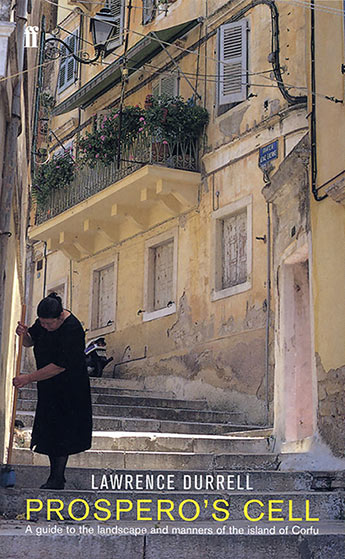 Download cover
Availability: Not available to order from this website, please try another retailer
'Corfu, that Ionian island whose idyllic yet blood-stained history goes back the best part of a thousand years, could not have found a fitter chronicler than Mr Durrell. For he is a poet, with all a poet's sensibility, and a humanist to boot, with a keen eye for character and a scholar's reverence for antiquity.' Daily Telegraph

'One of Lawrence Durrell's best books - indeed, in its gem-like miniature quality, among the best books ever written.' Freya Stark

Lawrence Durrell was born in 1912 in India. He attended the Jesuit College at Darjeeling and St Edmund's School, Canterbury. His first literary work, The Black Book, appeared in Paris in 1958. His first collection of poems, A Private Country, was published in 1943, followed by the three Island books: Prospero's Cell, Reflections on a Marine Venus, about Rhodes, and Bitter Lemons, his account of life in Cyprus. Durrell's wartime sojourn in Egypt led to his masterpiece The Alexandria Quartet, completed in southern France where he settled permanently in 1957. Between the Quartet and The Avignon Quintet he wrote the two-decker Tunc and Nunquam. His oeuvre includes plays, a book of criticism, translations, travel writing, and humorous stories about the diplomatic corps. Caesar's Vast Ghost, his reflections on the history and culture of Provence, including a late flowering of poems, appeared a few days befo