The Year of Living Danishly

Uncovering the Secrets of the World's Happiest Country 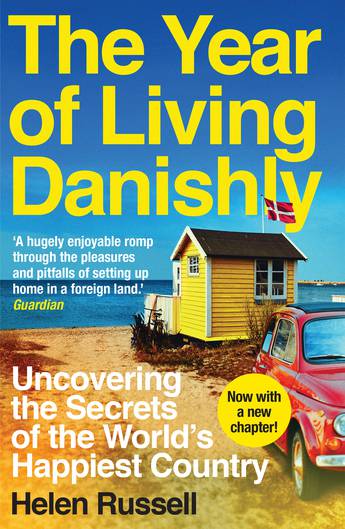 Denmark is officially the happiest nation on Earth, so when journalist Helen Russell finds herself spending a year in rural Jutland, she decides she'll do all she can to uncover the secrets of the Danes' happiness. But will the long, dark winters and pickled herring take their toll?

When she was suddenly given the opportunity of a new life in rural Jutland, journalist and archetypal Londoner Helen Russell discovered a startling statistic: the happiest place on earth isn't Disneyland, but Denmark, a land often thought of by foreigners as consisting entirely of long dark winters, cured herring, Lego and pastries.What is the secret to their success? Are happy Danes born, or made? Helen decides there is only one way to find out: she will give herself a year, trying to uncover the formula for Danish happiness.

From childcare, education, food and interior design to SAD, taxes, sexism and an unfortunate predilection for burning witches, The Year of Living Danishly is a funny, poignant record of a journey that shows us where the Danes get it right, where they get it wrong, and how we might just benefit from living a little more Danishly ourselves.
More books by this author

Helen Russell is a journalist and former editor of MarieClaire.co.uk. She now lives in rural Jutland and works as a Scandinavia correspondent for the Guardian, as well as writing a column on Denmark for the Telegraph.