Behind the Scenes of Modern Turkey 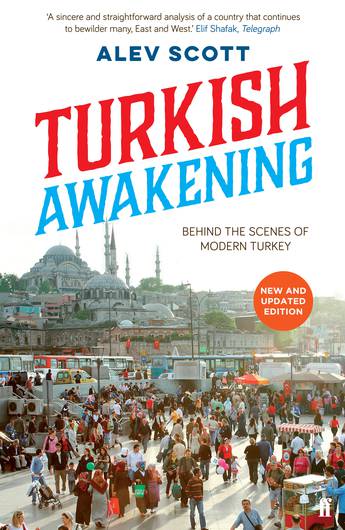 Updated paperback edition: from Mustafa Kemal Ataturk to the current President Recep Tayyip Erdogan, Turkish Awakening is a colourful exploration of mass migration, urbanisation and economics in a country full of contradictions.

Born in London to a Turkish mother and British father, Alev Scott moved to Istanbul to discover what it means to be Turkish in a country going through rapid change, a country with an extraordinary past and an ever more surprising present.

From the European buzz of modern-day Constantinople to the Arabic-speaking towns of the south-east, Turkish Awakening investigates a country moving swiftly towards a new position on the world stage. Relating wide-ranging interviews and colourful personal experience, the author charts the evolving course of a country bursting with surprises - none more dramatic than the unexpected political protests of 2013, which have brought to light the emerging demands of a newly awakened Turkish people. The 2013 protests were just one indication of the changes afoot in today's Turkey.

Encompassing topics as varied as Aegean camel wrestling, transgender prostitution, politicised soap operas and riot tourism, this is a revelatory, at times humorous, at times moving, portrait of a country which is coming of age.
More books by this author

Alev Scott was born in London in 1987 to a Turkish mother and a British father, and educated at North London Collegiate School and New College, Oxford, where she studied Classics. After graduating in 2009, she worked in London as an assistant director in theatre and opera before moving to Istanbul in January 2011, where she now works as a freelance journalist for the British press.