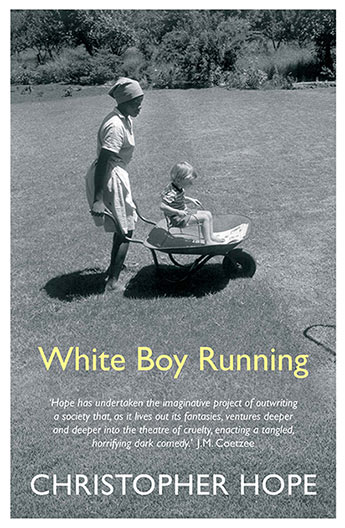 The classic memoir of growing up in South Africa during the apartheid regime from literary tour de force, Christopher Hope.

In the run up to the 1987 election Christopher Hope returned to his native South Africa after a twelve-year absence. The nature of that year's whites-only election and the bitter defeat of the liberals led him to write this satirical, evocative portrait of what it looked and felt like growing up in a country gripped by an absurd, racist insanity.

Full of exquisite and despairing descriptions, Hope weaves together journalistic commentary and his own personal story as he encounters the bloody battles that have divided his homeland. This is a mordantly witty account of escape, displacement and disillusionment, and a modern classic of journalistic memoir.
More books by this author

Christopher Hope was born in Johannesburg in 1944. He is the author of Kruger's Alp, which won the Whitbread Prize for Fiction, Serenity House, which was shortlisted for the 1992 Booker Prize, as well as My Mother's Lovers and Shooting Angels, which were both published to great acclaim. He is a Fellow of the Royal Society of Literature.