A Killer by Design

Murderers, Mindhunters, and My Quest to Decipher the Criminal Mind 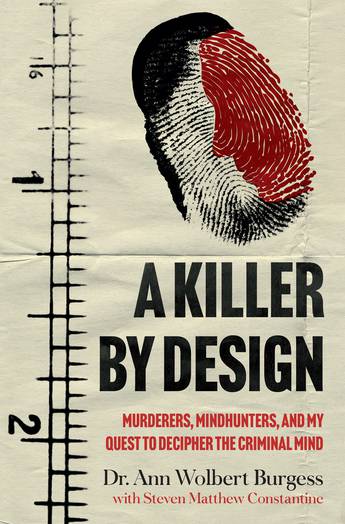 A behind-the-scenes look at the creation and development of the FBI's Behavioral Science Unit, written by the pioneering forensic nurse who transformed the way the FBI studies, profiles, and catches serial killers.

Directly beneath the progressive activism and sex positivity of the 1970s, a dark undercurrent of violence rippled across the American landscape, resulting in the alarming rise of sexual assault and homicide cases nationwide. Under a shroud of secrecy, the FBI created a specialized, top-secret team - the Behavioral Science Unit - to track down the country's most dangerous and violent criminals and bring them to justice. But narrowing down a seemingly infinite list of potential suspects seemed daunting at best and impossible at worst - until Dr Ann Burgess stepped on the scene.

In A Killer By Design, Burgess reveals - for the first time - how her pioneering research into the assessment and treatment of trauma and sexual abuse victims caught the attention of the FBI, and launched her right into the middle of a pivotal murder investigation in Nebraska. As the brilliant mind behind the now common practice of criminal profiling, she teamed up with the BSU and helped them identify, trace, and interview hundreds of terrifying serial killers and notoriously violent criminals, including Ed Kemper ('The Co-Ed Killer'), Dennis Rader ('BTK'), Henry Wallace ('The Taco Bell Strangler'), Jon Barry Simonis ('The Ski-Mask Rapist'), and many more.

Featuring never-before-seen interview transcripts and crime scene drawings, A Killer By Design pulls us directly into the investigations as Burgess experienced with them, providing readers with unprecedented insight into the minds of these deranged killers, the victims they left behind, and the agents who were forced to reconsider everything they thought they knew about crime. As one of the first female consultants for the FBI, this memoir also sheds light on the evolving culture of not just the agency itself, but the criminal justice system nationwide. Thanks to her keen observations and invaluable intuition, Burgess became one of the most sought-after experts, male or female, in a male-dominated field, breaking through the bureaucratic glass ceiling and clearing the path for generations of talented women to follow in her wake.

Combining a riveting personal narrative of fearless feminism and ambition, bone-chilling encounters with real-life monsters, and a revealing portrait of our ever-evolving criminal justice system, A Killer By Design will inspire, terrify, and enlighten you in equal measure - and begs the question, 'What drives someone to kill, and how can they be stopped?'
More books by this author

Dr Ann Burgess, APRN, FAAN, is a leading forensic and psychiatric nurse who worked with the FBI for over two decades. She is currently a professor at the Boston College Connell School of Nursing, where she teaches graduate courses in forensic nursing. She has received countless honors and accolades for her groundbreaking research, including the 'Living Legend' award from the American Academy of Nursing. She lives in Boston, MA.