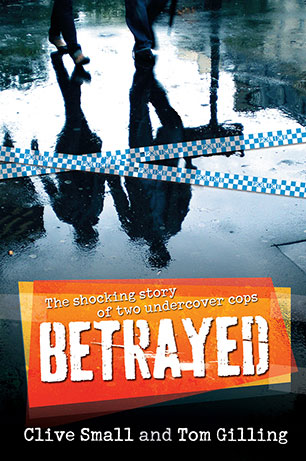 The riveting tale of two honest and courageous police officers whose lives were nearly destroyed by the pressure, the danger and terrible isolation of living life undercover.

'I've cheated, lied and deceived people. I've ruined marriages, ruined lives, ruined relationships, ruined the health of others, not to mention my own.'

What is it really like to live as an undercover cop? Joe and Jessie joined the NSW Police believing they could make a difference, but their whole life became a lie. They were cops pretending to be crooks. And their targets? Drug dealers, criminal gangs and, worst of all, bent police.

Surviving on deceit and gut instinct, Joe and Jessie lived in a world of drugs, violence and corruption. To all but their parents they were exactly what they seemed - a drug-dealing junkie and his girlfriend. When they could no longer endure the pressure, the danger and the terrible isolation they quickly discovered just how alone they really were.

This is more than a riveting true story of loyalty abused and courage betrayed. It is also a searing expos; of a police system out of control; of senior officers who, by putting secrecy above all else, destroyed the careers and nearly the lives of two honest cops.
More books by this author

Clive Small and Tom Gilling are the authors of the bestselling Smack Express: How organised crime got hooked on drugs and Blood Money: Bikies, terrorists and Middle Eastern gangs.