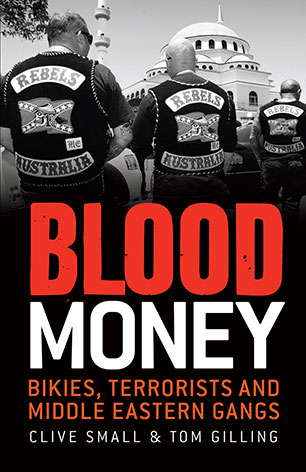 A meticulously researched and revealing expose of the new players in organised crime.

Organised crime in Australia is more reckless and more violent than ever before. Controlled by a new wave of gangland bosses, it has broken old taboos and formed alliances that would have once been unthinkable. So who now holds the power?

There are the Middle Eastern gangs whose core business is drugs, the sale and stockpiling of dangerous weapons, extortion and large-scale fraud; the outlaw motorcycle gangs with their fortified club houses and amphetamine labs; and the Calabrian Mafia, always dangerous and opportunistic. Even more frightening, through the influence of radical Islam, organised crime and terrorism have begun to merge. Our jails are turning drug dealers and car thieves into holy warriors willing to kill indiscriminately for their cause.

With the same meticulous research that made Smack Express required reading for anyone interested in organised crime, Clive Small and Tom Gilling take us deep into this new, dark and violent Australian underworld.

'[A] horrifying account of crime and violence in Sydney.' Sydney Morning Herald
More books by this author

Clive Small and Tom Gilling are the authors of the bestselling Smack Express and Betrayed. Clive was one of NSW's most successful detectives and an Assistant Commissioner of Police before leaving the force. Tom Gilling is a highly regarded investigative journalist and fiction writer.