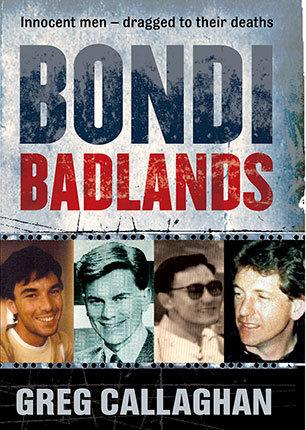 A grittily compelling look at a series of brutal murders that took place in Sydney's eastern beachside suburbs in the 1980s - this is the extraordinary story of the crimes, the victims, the gangs and the policeman who refused to close the case.

A thrilling and compelling story of a horrific series of crimes and one man's single-minded resolve to bring the killers to justice.

With blood stains on the walkway and screams often heard late at night, the long concrete pathway skirting the cliff face between the beaches of Bondi and Tamarama in Sydney's Eastern suburbs was dubbed the Bondi Badlands - and it was here in the late 1980s that a handful of young men were dragged to their deaths after nightfall.

The slow road to an overdue justice began when Detective Sergeant Stephen Page read a series of letters from a distraught mother of one of the victims. Painstakingly piecing together the dark mural of the murders, he revived the police investigation into the deaths, code-named Operation Taradale.

Told with all the excitement and pace of a crime thriller, this story of the Bondi Badlands murders is unputdownable.
More books by this author

In a career spanning more than 20 years, Greg Callaghan has written for most of the major newspapers and magazines in Australia. He is currently a senior editor on The Weekend Australian Magazine, and writes for The Australian newspaper. Greg has taught feature and news writing at the tertiary level, has an MA in Media, and is the co-author of Men: Inside Out.

2 Death of a Barman

4 Murder on the Cliff Tops

7 Case of the Missing Hair

8 The Man Who Got Away