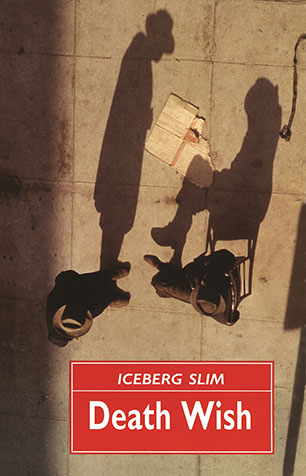 Iceberg Slim's last published novel is perhaps his greatest. Death Wish, written in Slim's typically hard-hitting and highly compulsive prose, tells the story of Chicago's Mafia and the power struggle that ensues when the greedy Don, Jimmy Collucci, attempts to become the king-pin of Chicago's ''Honored Society''. Not only is this a portrayal of an organisation whose working details Slim knew intimately but we also see Mafia infighting set against a backdrop of the underworld in its entirety.

For Jimmy Collucci has had a lifelong hatred pf dedicated Black Warrior, Jesse Taylor, against whom he has regularly competed for turf on the streets of Chicago. And Jessie Taylor has managed to get himself in a position from which he is confident that he can take on Collucci and his ruthless outfit.

The result is bloody and riveting. Another masterpiece from the man whose prose redefined post-war American literature and who remains one of the most startlingly original and hard-boiled writers America has produced.
More books by this author

Robert Beck (1918-1992), aka Iceberg Slim, is the best known pimp of all time. He grew up in the mean streets of Southside Chicago where he became involved in the underworld that was to shape his life. He eventually left the pimping game after his third stretch in jail and began to write. He wrote seven books, all published by Canongate, the most famous of which is his autobiography Pimp.