Death and the Dolce Vita 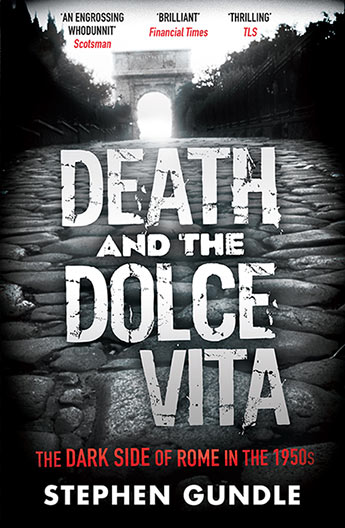 The true story of Italy's most infamous murder, and the scandal that rocked the country.

On 9 April 1953 an attractive twenty-one-year-old woman went missing from her family home in Rome. Thirty-six hours later her body was found washed up on a neglected beach at Torvaianica, forty kilometres from the Italian capital. Some said it was suicide; others, a tragic accident. But as the police tried to close the case, darker rumours bubbled to the surface. Could it be that the mysterious death of this quiet, conservative girl was linked to a drug-fuelled orgy, involving some of the richest and most powerful men in Italy? It was a crime that the newspapers, the public and one particularly determined detective wanted to get to the heart of.

The short life and tragic death of Wilma Montesi was played out against a fascinating backdrop. By the 1950s Italy, in the wake of Mussolini's brutal Fascist government, was in the process of reinventing itself. And with the help of Hollywood stars such as Audrey Hepburn and Gregory Peck, it seemed to be succeeding. Suddenly Italy and Rome in particular, was the most glamorous place on earth. But the murder of Wilma Montesi exposed a darker side of Roman life - a life of corruption, cover-ups and carnal pleasures.

In Death and the Dolce Vita the distinguished cultural historian Stephen Gundle uses the gripping and tragic story of Wilma Montesi to explore the fascinating contradictions of this most complex country.
More books by this author

Stephen Gundle is an historian with specialist interest in modern Italy. His books include Bellissima: Feminine Beauty and the Idea of Italy and Glamour: A History. Professor of Film and Television Studies at the University of Warwick, he has also lived for many years in Italy, and is a contributor to History Today, Radio 4's Night Waves and the Italian press.