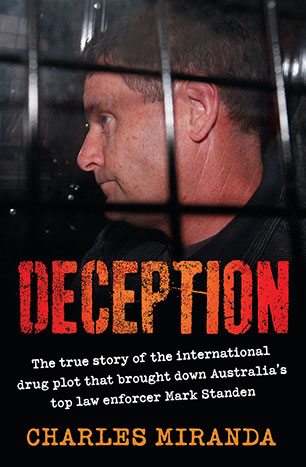 The extraordinary tale of how an officer in the highest echelons of Australian policing was caught coordinating an international drug network operation that extended from rebels in the Congo to some of the most feared drug lords in the Netherlands to street gangs in Pakistan and crime figures in Australia's underworld.

He was a 'crooked hat', a bent copper, and he was working with a notorious Dutch crime cartel to flood Australia with millions of dollars' worth of drugs.

To those who knew him, Mark Standen was a stand-up guy, a top cop who was never one to mince his words. As an assistant director for the NSW Crime Commission, he led some of Australia's most high-profile criminal investigations and, as a 30-year veteran in law enforcement, there was little he didn't know about the underworld. He had been privy to every top secret police operation into organised crime and international drug running in Australia except one - Operation Octans, which saw him arrested as the mastermind behind one of the country's biggest-ever drug-smuggling plots.

Standen's breach of security was breath-taking, prompting a review of every major police operation he had knowledge of. The fallout from discovering this rat in the ranks - a man driven by sex, greed and an insatiable gambling habit - reaches around the world.

Charles Miranda was given world exclusive access to go inside the joint Dutch-Australian operation that was one of the most extensive and covert ever mounted. He follows the twists and turns in the plot that made front page news across Australia. Engrossing, frightening and action packed, this is truly a story that everybody will be talking about.
More books by this author

Charles Miranda has been a journalist for more than 20 years, working in both newspaper and radio. In 2004, he co-wrote My Brother's Keeper, a bestseller about the notorious Bra Boys surfing family. Currently managing editor of the Daily Telegraph and the Sunday Telegraph, he was the crime and foreign affairs correspondent, and the European Bureau Chief based in London for News Ltd newspapers. He broke the Mark Standen story.