How I cracked the world's toughest cases 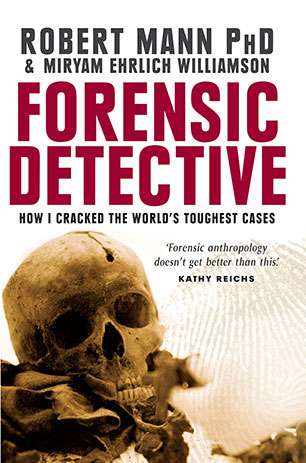 Forget CSI - this is the real deal! From Jeffrey Dahmer to 9/11, these are true case histories from one of the world's foremost forensic anthropologists.

'This is a must read for every CSI fan.' Dr Bill Bass, co-author of Death's Acre.

Mass graves, actual skeletons in the closet, and a host of homicides steeped in bizarre clues and buried secrets - they're all in a day's work for one detective whose job begins when life ends. As a forensic anthropologist, Robert Mann listens to the stories the dead have to tell; he is the corpse whisperer.

In this revealing casebook, Mann offers a portrait of a profession which is gruesome, dangerous and compelling. Read how he finally identified Jeffrey Dahmer's first victim, despite the serial killer's efforts to conceal the truth. Follow the grim dismantling of the Poughkeepsie 'House of Horrors' and join Mann in the heartbreaking task of sifting through human remains at the Pentagon crash-site on 11 September 2001.
More books by this author

DR ROBERT MANN is Deputy Scientific Director of the US Government's Central Identification Laboratory (CIL), the largest forensics laboratory in the world. Along with his extensive experience on the front line as a pathologist and anthropologist, he also spent several years at the Smithsonian Institute and has travelled to many of the world's battlefields examining and identifying the remains of American soldiers missing in action. He lives in Hawaii.

MIRYAM EHRLICH WILLIAMSON is the author or co-author of numerous books on health and technology, and has also published poems and short stories. She lives in western Massachusetts.