The Rise and Fall of a Brutal Gangster 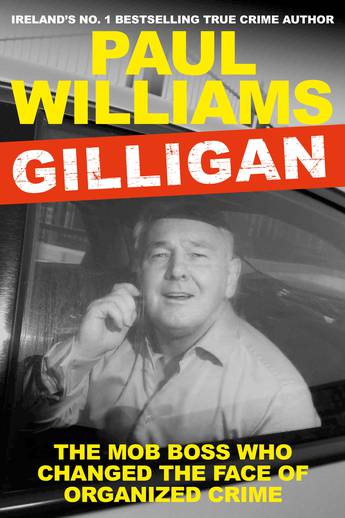 John Gilligan is one of the most notorious and hated criminal figures in Irish history. His name is indelibly etched in the national psyche a quarter of a century after he crossed the line to organise the execution of the fearless, high-profile journalist Veronica Guerin. Gilligan's motive for the assassination was, in the words of the prosecution at a subsequent murder trial, 'the necessity of having to protect an evil empire'. At the time Gilligan was one of the most powerful and feared godfathers in the country who controlled a colossal drugs empire and the underworld's most dangerous mob.

Gilligan tells the story of a young man's rise through the ranks of gangland following his journey from petty thief to public enemy number one. He was part of the generation of young criminals - like the General, the Cahills, the Hutches - who ushered in the phenomenon of organised crime in Ireland and became household names in the process.

This close-up look at a criminal mastermind contains new details including a graphic account of the planning of the Guerin murder, drawn from a sealed statement which was never used, and the prison time and criminal activity which have occupied Gilligan since, up to his recent arrest in Spain on drug trafficking charges.
More books by this author

Paul Williams is Ireland's leading crime writer and one of its most respected journalists. For over three decades his courageous and ground-breaking investigative work has won him multiple awards. He is the author of eleven previous bestselling books and has also researched, written and presented a number of major TV crime series. His first book, The General, was adapted for the award-winning movie of the same name by John Boorman. He is a former presenter on Newstalk Breakfast and currently writes for the Irish Independent. Williams holds an MA in Criminology and is a registered member of the International Consortium of Investigative Journalists based in Washington, DC.