A Bloody Journey into the World of the Gun 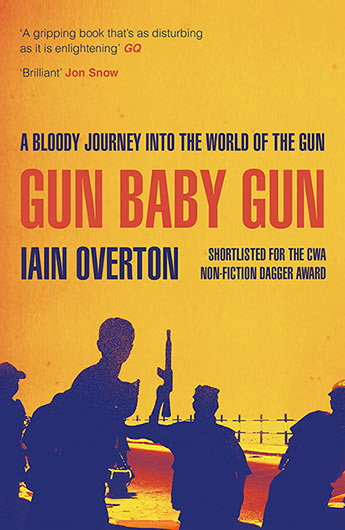 A fast-paced, fascinating and hard-hitting investigation of the gun's lifespan and into our hugely complex relationship with firearms and their undeniable impact.

In some places, it's easier to get a gun than a glass of water.

In some places, you are allowed to carry concealed firearms into schools.

In some places, there are more guns than people to shoot them. There are almost one billion guns across the globe today - more than ever before. Every minute of every day, someone somewhere is shot. Gun Baby Gun is a hard-hitting and urgent investigation into the gun's lifespan, into our hugely complex relationship with firearms and their undeniable, long-reaching and often hidden impact. Along the way, award-winning journalist Iain Overton unearths some stark truths about the everyday human cost of gun crime.
More books by this author

Iain Overton is Director of Investigations at the London-based charity Action on Armed Violence and an award-winning investigative journalist who has worked in over eighty countries around the world. Reporting from the killing zones of Columbia, Iraq and Somalia, as a filmmaker he directed documentaries for the BBC, ITN and Al Jazeera, as well as working with the Guardian, the Independent and the Sunday Times. His journalism has won a Peabody Award, two Amnesty Awards and a BAFTA Scotland, among others. He was also founding editor of the Bureau of Investigative Journalism. Gun Baby Gun is his first book. Follow @iainoverton on Twitter
#GunBabyGun
www.gunbabygun.com