I Am the Market

How to Smuggle Cocaine by the Ton and Live Happily 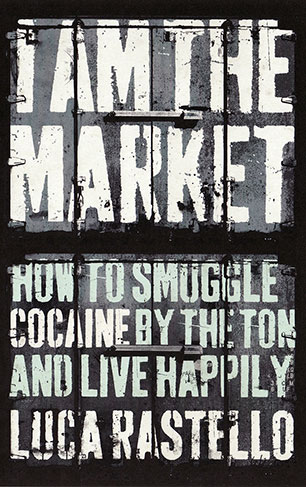 The most hard-hitting book about organised crime since Gomorrah.

Cocaine, formerly the preserve of the super-rich, has become democratised. The result has been an explosion in demand and a corresponding explosion in supply. Nothing, it seems, can stop the flow. In Luca Rastello's hardhitting true account, we encounter the 'ordinary joes' who make the industry tick and whose actions can change national economies.

This is the story of ordinary, respectable men, who behind the scenes have managed to rise to the peak of the international narcotics trade. It is not the story of those who swallow capsules or transport drugs in suitcases with false bottoms, but those who smuggle cocaine in cargo shipments, in containers, in vast quantities at a time.

I Am the Market is told in the form of five frank lessons in mass smuggling by a convicted smuggler. On an ironic level these five lessons are presented as a complete course in how to become a consummate cocaine trafficker; on a more serious level they provide an account of the phenomenon and a deep analysis of developments in the cocaine economy over the last thirty years or so. This is close as we'll ever get to understanding the minds and operations of mass cocaine smugglers - it's their story as it's never been told before.
More books by this author

Luca Rastello is a journalist of the newspaper La Repubblica and director in charge of osservatoriobalcani.org which specialises in the criminal economy and international relations. Jonathan Hunt (translator) divides his time between Italy and the United Kingdom. His recent translations include Niccolo Ammaniti's I'm Not Scared, Steal You Away and The Crossroads, and Tommaso Pincio's Love-Shaped Story.