Up close and personal with Britain's most dangerous criminals 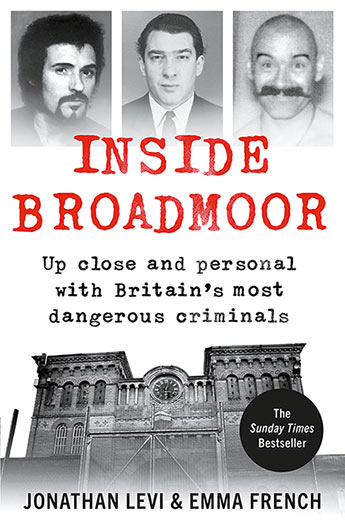 A gripping account of life inside Britain's highest security hospital, this is the full story of Broadmoor - past, present and future - as told by the staff and patients themselves.

Broadmoor. Few place names in the world have such chilling resonance. For over 150 years, it has contained the UK's most violent, dangerous and psychopathic.

The truth about what goes on behind the Victorian walls of the high-security hospital has largely remained a mystery, but now with unprecedented access investigative journalist Jonathan Levi and cultural historian Emma French reveal all, after spending 12 months observing and speaking to those on the inside.

Based on research from Broadmoor's closely guarded archives, interviews with the staff that work there - including nurses, psychiatrists, therapists, security guards - and above all the patients themselves, Inside Broadmoor is the most comprehensive study of the institution to-date.

Published on the dawn of a new era as a £242m, state-of-the-art new building opens, this is the full story of Broadmoor's past, present and future and a dark but enlightening journey into the minds of Britain's most evil and how they are treated.
More books by this author

Jonathan Levi is a successful television executive and BAFTA-nominated documentary filmmaker. Attracted to the extremes in society, he was the first person to ever gain full access to the patients and staff at Broadmoor for a highly-acclaimed primetime ITV series offering startling insights into the minds of some of Britain's most notorious mental patients. Jonathan has made programmes with Andrew Lloyd Webber about his art collection and his musicals, and has hosted fundraisers with The Old Vic. He is Factual Producer on the forthcoming ITV four-part drama, Hatton Garden.