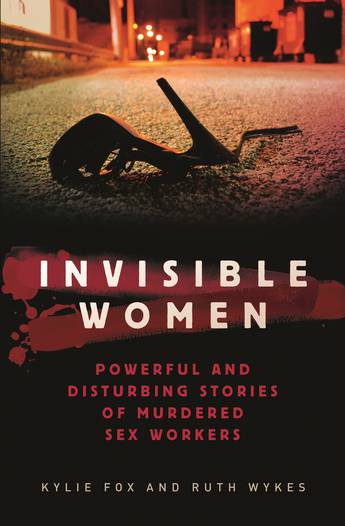 When news of a murdered woman hits the headlines in Australia, people sit up and take notice. Unless that woman happens to be a sex worker.

Invisible Women tells the stories of several murdered sex workers - all of whom are somebody's mother, daughter, wife or sister - whose identities have been erased. Why do we see some lives as less valuable than others, and what price do we all pay for this disgraceful lack of care? Invisible Women seeks to uncover the real lives of high-risk women, humanise them, and show that all lives are equally valuable.

Drawn from interviews with the families and friends of victims, police, investigators and outreach support services, as well as consulting court transcripts, coroner's autopsy reports, police interviews and media reports, these stories of incredible women are both deeply moving and shocking in their insight and clarity.
Invisible Women is a book that's long overdue.
More books by this author

Ruth Wykes is a writer, editor, feminist and a passionate human rights activist. Ruth's interest in justice and concern for the most vulnerable people in society grew from her work with a community-based organisation which brought her into contact with many marginalised groups in society: prisoners, sex workers, drug users and other people whose lives fell through the cracks. Ruth's previous book, Women Who Kill (co-authored with Lindy Cameron) was published by Five Mile Press in 2011. Ruth lives and works in the Mornington Peninsula.

Kylie Fox is a writer, editor and transcriptionist. Her short crime fiction stories have won awards, including the Dorothy Porter Award, and the 2015 crime with a political punch category, in Sisters In Crime's annual Scarlet Stiletto Awards, and are published in anthologies. Kylie is currently studying a degree in criminal justice and is based outside of Frankston.