a true story of murder and corruption 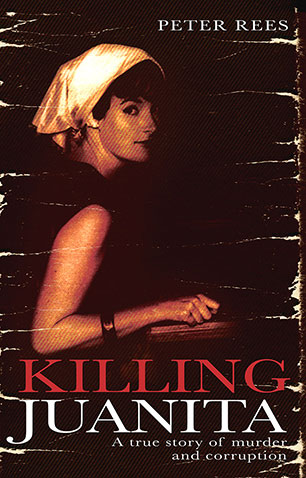 On 4 July 1975, Juanita Nielsen, a wealthy heiress, Sydney newspaper publisher and anti-development campaigner left an appointment at a Kings Cross nightclub and simply disappeared. For a quarter of a century, the Juanita Nielsen case has remained one of Australia's great unsolved mysteries.

On the morning of 4 July 1975, Juanita Nielsen, a wealthy heiress, Sydney newspaper publisher and anti-development campaigner went to appointment at a Kings Cross nightclub and simply disappeared. For over a quarter of a century, the Juanita Nielsen case has remained one of Australia's great unsolved murder mysteries.

Written with all the suspense and drama of the best crime fiction, Killing Juanita is the true story of that crime and of the characters involved: Loretta Crawford, drag queen and night club receptionist, the last person to see Nielsen alive; powerful businessman and property developer, Frank Theeman; his involvement with legendary Kings Cross figures James McCartney Anderson and Abe Saffron; and hired hands like Eddie Trigg for whom Juanita Nielsen's murder was no loss to society as all'.

It is also a story about greed, police corruption, dirty politics and cover-ups. From failed police investigation to reinvestigation more than two decades later, from coronial inquest to federal parliamentary inquiry, Killing Juanita is an unflinching examination of a crime that remains a shameful blot on the administration of justice. It finally puts to rest the mystery of Juanita Nielsen's disappearance.
More books by this author

Peter Rees is a journalist. He has pursued the case of Juanita Nielsen for over twenty-five years, forcing a federal parliamentary inquiry and a secret reopening of the case under the personal orders of the former NSW Police Commissioner, Peter Ryan, and uncovering a witness to the murder. He worked in the Canberra Press Gallery for many years, before leaving to write books fulltime. He is author of The Boy from Boree Creek, the biography of Tim Fischer, and is co-author of Tim Fischer's Outback Heroes.