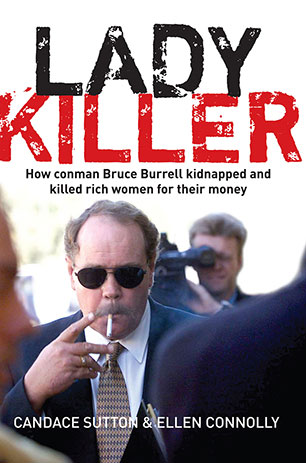 The amazing inside story of the decade's worth of detective work that finally brought down conman and murderer, Bruce Burrell.

In May 1997, mother-of-three Kerry Whelan disappears on the way to a beautician's appointment. Twenty-four hours later her husband receives a ransom letter: There will be no second chances. Follow all instructions or your wife will die.

The case sparked Australia's greatest police manhunt, with detectives locked into a deadly waiting game for the kidnapper to make contact. As time ticked away and hopes for Kerry began to fade, a surprising suspect emerged. Bruce Allan Burrell was a seemingly respectable advertising executive living the good life with a coterie of well-to-do friends, including the Whelans.

But when police delved into his background, Burrell's glamorous lifestyle proved to be a sham: in fact he was a thief and conman with a far more sinister secret. Two years before Kerry was kidnapped, wealthy widow Dorothy Davis had disappeared after advancing Burrell a large loan.

When police searchers began scouring the bush of a remote country property, they did not know that they would be looking for the bodies of two of the killer's victims, as a tenacious detective and his team embarked on a ten-year mission to bring Burrell to justice.

Journalists Ellen Connolly and Candace Sutton have followed this chilling case from the start. Not only do they reveal the inside story for the first time, they expose the mind of a suburban psychopath who preyed on women for greed.
More books by this author

CANDACE SUTTON is a well-known Sydney journalist, who has covered major crime stories for many decades and has previously written the true crime thriller, The Needle in the Heart Murder, for Allen + Unwin. ELLEN CONNOLLY is a Sydney journalist and writer, who has covered major events including the Bali bombings and the Boxing Day tsunami. Previously with The Sydney Morning Herald, reporting on crime and courts, she now works for The Sunday Telegraph.