A Mafia family, the FBI and a story of betrayal 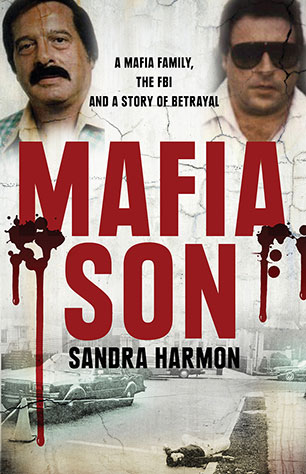 An unforgettable story of growing up in a Mafia world of wealth, glamour, sex and random violence - a unique 'insiders' view of the most notorious criminal organisation in the world.

The Scarpa's were a New York Mafia Dynasty led by Greg Scarpa Sr., nicknamed 'the grim reaper' for his brutal addiction to violence and murder.

But since the 1960s Scarpa has also been a Top Echelon Informant for the FBI. Betrayed by the father he worshipped, his son Gregory Jr. still festers in Colorado's maximum security ADMAX prison, where his information of a plot that resulted in 9/11 was fatefully ignored by the authorities. Granted unique inside access to Greg Jr. and to the FBI, Sandra Harmon pries open the dark heart of the Scarpa family and tells an unforgettable tale of violence, wealth and sex, set in a word where a man's word is both everything and nothing.

'The very essence of the Scarpa family in all its savage, corrupt, and murderous glory!'- Michael Vecchione, chief of the rackets division, Kings County DA's office.
More books by this author

Sandra Harmon is the author of several bestselling books, including Elvis and Me, which she co-authored with Priscilla Presley. In Mafia Son, Harmon was granted intimate access to the principals of the book - access that eventually got her subpoenaed in the highly publicized Lindley DeVecchio trials. She lives in New York City.