Disturbing cases of doctors who kill 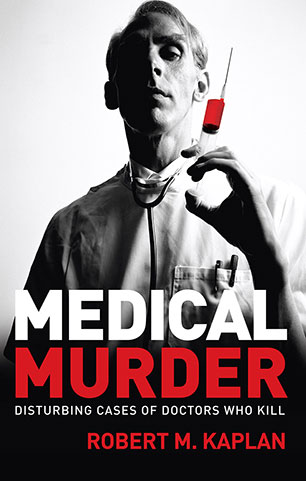 The Hippocratic Oath commands all doctors to 'first do no harm' - what then makes a doctor cross that line to murder? A fascinating study of doctors on the wrong side of the law.

In January 2000, world-wide headlines announced that Dr Harold Shipman, an English GP, had been found guilty of murdering fifteen of his patients. Before the trial, many assumed Shipman was an over-zealous doctor accused of going too far in providing comfort to dying elderly patients. This was not the case. Shipman deliberately and callously murdered not just fifteen, but several hundred patients making him a medical serial killer of extreme dimensions. History is dotted with stories of murderous doctors - some kill for private reasons, others as a service to the state, while others seem to have a perverse God complex.

Forensic psychiatrist Dr Rob Kaplan has made an extensive study of doctors who kill. In addition to Shipman, he has delved into the worlds of such monsters as Dr Harry Bailey, the Sydney psychiatrist who dispatched numerous patients with the discredited Deep Sleep Therapy. Then there is Dr Radovan Karadzic, the psychiatrist who led the genocide during the Bosnian War, murderers from history like Dr William Palmer who poisoned his victims for insurance money, and more recent cases like Dr Jayant Patel who terrorised the Bundaberg hospital.

Medical Murder explores the twisted motivations of a parade of stealthy killers and grapples with the chilling paradox of why these healers' spend years learning and practising the techniques of preserving life only to use their medical skills in horrendous experiments, torture, genocide or just plain murder.

Doctor Robert Kaplan is a forensic psychiatrist and historian based at the Liaison Clinic in Wollongong, NSW.
More books by this author

Dr Robert Kaplan is a forensic psychiatrist at the Liaison Clinic, in Wollongong NSW.