The Life and Brutal Death of Notorious Gangster Paul Massey 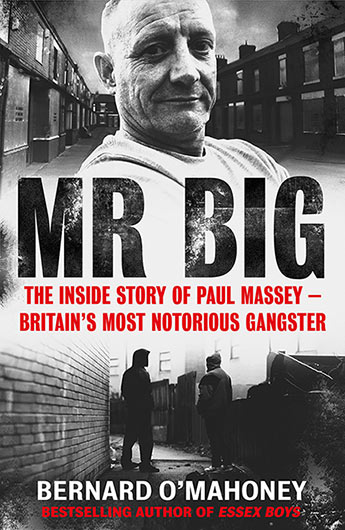 The criminal code has been torn up and tossed into the bin. Being known as a hard man no longer commands respect. Guns are the norm. Drugs are the currency, and death is the penalty for any slight discrepancy. Welcome to Salford's ganglands and the shocking reality of what has become Britain's modern day underworld...

At 7.28pm, 26th July 2015 on an ordinary street in Manchester, legendary gangster Paul Massey was killed by a bullet to the heart at the hands of 'The Iceman' - a hired hitman who unleashed a burst of gunfire from his Uzi submachine gun outside Massey's home.

It was the end of an era for Manchester's underworld. Mr. Big's reign had come an end in the climax of a toxic and bloody feud between warring gangs.

But who was Paul Massey, the man who rose to notoriety while running the doors of the Hacienda during the 80s and 90s? How did he become so powerful and so feared? And, why did somebody want him dead?

Written by bestselling author of Essex Boys, Bernard O'Mahoney, and including exclusive interviews with those who knew him best, this is the shocking inside story of how a young lad from Salford became Mr. Big and took over a whole city. But above all it's a chilling expose of organised crime in Manchester and how it operates today.
More books by this author

Bernard O'Mahoney is the bestselling author of Essex Boys, Essex Boys: The New Generation, Bonded by Blood and numerous other acclaimed true-crime titles. He lives in Birmingham.