Lennie McPherson and his life of crime 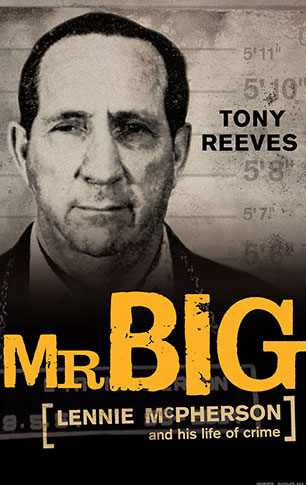 The true and never-before-told story of Lennie McPherson - the Mr Big of Sydney crime - reveals a world of violence, police corruption, drugs, prostitution, murder and greed.;

When Nellie McPherson reached her eightieth year, her clan got together to give the sprightly grandmother a birthday bash. Her youngest son, Lennie, wasn't invited. He turned up nevertheless, with a small white rabbit. Instead of giving it to his mother, Lennie put one large hand around the rabbit's neck, grasped its head, twisted and pulled and, in a splash of blood, ripped the poor animal's head off. He threw the twitching remains to a horrified Nellie. This was someone who never forgave.

Meet Lennie McPherson, the man who came to be known as the Mr Big of Australian crime. Brutality punctuated his whole life. Corruption was his mark. He was a standover man, a murderer, a rapist and a thief. He ran crooked police and corrupt politicians. He was involved in drugs and prostitution. And, he did business with the Mafia and the CIA.

In this chilling portrait Tony Reeves uncovers a heart of evil and takes us deep into a dark and violent criminal world. It is a story that could only be told after Lennie's death.
More books by this author

Tony Reeves was an investigative journalist of many years standing He first became interested in Lennie McPherson more than thirty years ago and followed the miasma of corruption that has hung above Sydney ever since. He worked as a journalist with the ABC, Nation Review, the Sunday Telegraph and the Sunday Australian, all the time peeling away deep layers of untruth to expose the real workings of Australia's underworld.