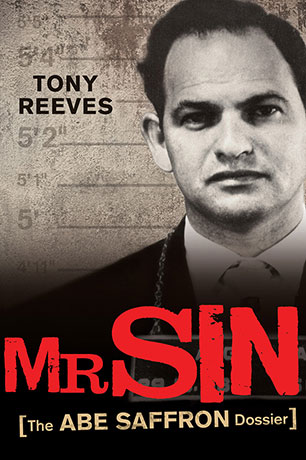 Throughout his long and controversial life Abe Saffron always denied he was one of Australia's most powerful crime barons, but in this explosive biography, Tony Reeves reveals the true story of a man who was prepared to do anything to make a dollar.

Abe Saffron was one of Australia's most notorious and powerful crime figures. Yet, he spent his life denying any involvement in criminal activity, claiming he was just a successful businessman. Sydney knew otherwise. This was the man who controlled the city's underworld with an iron fist.

Tony Reeves has been gathering information on Abe Saffron for over forty years. With Saffron's death in September 2006, he can finally and safely reveal all. And what a story it is. Saffron trafficked in drugs, ran prostitution and gambling rings, was not averse to extreme violence and was a master of bribery and a corrupter of police, politicians and the judiciary.

Mr Sin makes for shocking and disturbing reading. It reveals the heart of a vicious world of greed and evil and leaves no doubt that Abe Saffron well and truly deserved the moniker, Mr Sin.
More books by this author

Tony Reeves was an investigative reporter of many years standing and winner of the Ned Kelly Award for True Crime for his book Mr Big: the true story of Lennie McPherson and his life in crime. He followed the life of Abe Saffron since the 1960s. Tony worked as a journalist with the ABC, Nation Review, the Sunday Telegraph and the Sunday Australian, all the time peeling away deep layers of untruth to expose the real workings of Australia's underworld. His reporting helped bring about the Moffitt Royal Commission into organised crime.