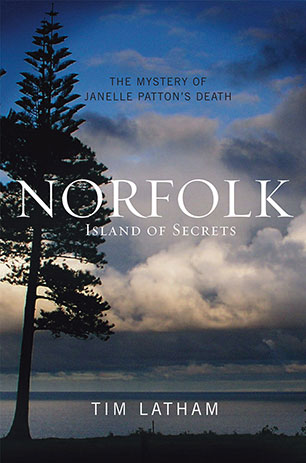 Norfolk: Island of Secrets is an insightful look at the horrific murder of Janelle Patton, the investigation and the unique island community that created one of the most intriguing mysteries of recent times.

Four years after it happened, police have finally arrested a man over the baffling murder of Janelle Patton on Norfolk Island. The murder may or may not yet be solved, but Norfolk Island still has plenty of secrets.

I always thought the biggest coup for Norfolk Island would be to get on the big blue weather map, to be broadcast to millions of viewers who would say 'So that's where Norfolk Island is.'

Instead Norfolk Island got on a different map and it had nothing to do with sunshine or rain. On the afternoon of Easter Sunday 2002, somebody killed a woman. A vicious, nasty prolonged attack which pitted a feisty, pretty brunette against a person of great strength, anger and hatred. Her name was Janelle Patton. She fought for her life. And died.

In the tradition of true-crime reportage Norfolk scratches the facade of this secretive and protective community, probing murder, myth, history, politics and gossip.

Despite being an Australian territory Norfolk is wonderfully and strangely different - a culture where deception, tension and age-old animosities lie just beneath the surface of life in 'paradise'.
More books by this author

Tim Latham is a radio journalist working for the ABC and currently on leave from Background Briefing. He was commissioned to write this book after making a program on Norfolk Island for Background Briefing which elicited strong positive feedback. This is his first book.