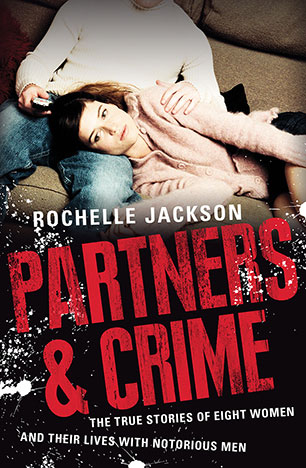 For some, it is true love. For others, it's the excitement, wealth and glamour. A fascinating exploration of the women who love the baddest of the bad boys - from Chopper Read to George Freeman and Robert Trimbole.

What was it like for Mary-Ann Hodge to be married to Mark 'Chopper' Read? How was Joe Korp's former girlfriend Tania Herman persuaded to try to kill his wife Maria? And why did hairdresser Sylvia Bruno fall for Melbourne gangland killer Nikolai 'The Bulgarian' Radev?

What attracts women to dangerous men? For Georgina Freeman (married to illegal casino king George Freeman), Ann-Marie Presland (girlfriend of organised crime figure Bob Trimbole), Fran Stratford (partner of murderer Billy 'The Texan' Longley), Jeannie Cako (wife of armed robber Fred Cako) and Coral Watson (ex-wife of NZ murderer Scott Watson) it wasn't always about the thrill of living on the edge and hooking up with bad boys. Their motivations and lives are more complex than that.

Confiding in investigative journalist Rochelle Jackson, these women finally get the chance to tell their own stories. Surprising, intimate and at times confronting, Partners and Crime takes us behind the headlines and media hype to reveal what it is really like to live with men who are outside the law.
More books by this author

Rochelle Jackson is a journalist who specialises in true crime. Her most recent book is Inside Their Minds. She grew up in a police family and is not afraid to delve deep into the belly of Australian crime.