The real story behind the next generation of British gangsters 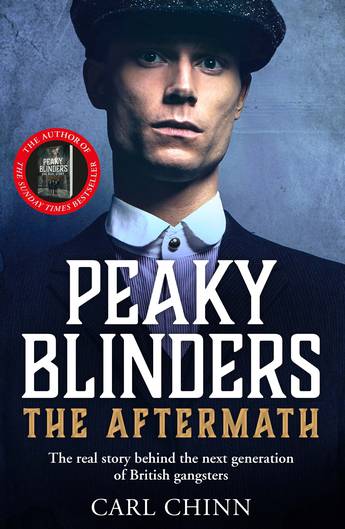 The third book in the incredible Sunday Times bestselling series, which once again dives into Britain's murky underworld, uncovering the countries worst criminals of the mid-twentieth century.

As Britain emerges into the mid-twentieth century, change is afoot. Cities are beginning to shift from smog-filled industrial hubs to more efficient metropolitan centres of commerce and, despite the country once again being blighted by war, society is beginning to shift towards a more modern, forward-thinking era. But change is not only limited to regular men and women; under the shifting tides of development, the criminal underbelly, too, is evolving, anxious for new avenues of exploitation and expansion...

And so, in the third instalment of his best-selling series, historian Carl Chinn examines this new era in the landscape of Britain's gangs. After the violent reign of the Peaky Blinders, the intimidation of the Birmingham gang and frequent gang wars up and down the country, from the wreckage new groups are emerging with new ways of making money and causing trouble, and, like those who came before them, they leave havoc and destruction in their wake.

Peaky Blinders: The Aftermath will bring this new generation of criminals into focus. And up and down the length of the country, from the dog tracks to the pubs of the East End, it delves into the murky world of the country's most villainous criminals.
More books by this author

Professor Carl Chinn MBE Ph.D. is a social historian with a national profile, writer, public speaker, and teacher. An off-course bookmaker himself until 1984, he is the son and grandson of illegal bookmakers in Sparkbrook, and the great-grandson of a peaky blinder, whilst his mother's family were factory workers in Aston. His writings are deeply affected by his family's working-class background and life in the back-to-backs of Birmingham and he believes passionately that history must be democratised because each and every person has made their mark upon history and has a story to tell.