Shot in the Dark 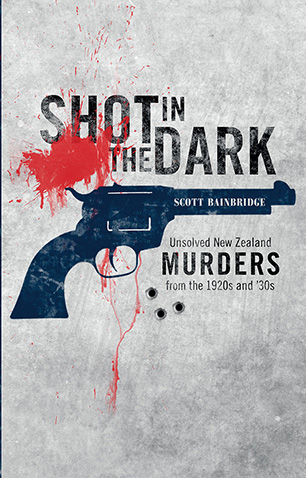 Ten of the most intriguing unsolved New Zealand murders from the Jazz age are reopened and reinvestigated using modern techniques.

A Christchurch publican shot in a crowded pub, an Indian fruiterer beaten to death in Hawera and a trail of destruction left across Waikato and the Bay of Plenty by a multiple murderer - these are just some of the fascinating unsolved murders profiled in Shot in the Dark.

While the ten cases profiled may sound like very modern crimes, they were all committed in the years between the First and Second World Wars.

In Shot in the Dark, Scott Bainbridge reopens each case by examining the victims' lives, the events leading up to the crimes, the original police investigations and the conclusions reached by police at the time. He also looks at how the cases were reported in the media and considers how different the results might have been if investigators had had access to modern policing methods.
More books by this author

Scott Bainbridge is a Hamilton-based private investigator. He is the author of two books - Without a Trace and Still Missing. He is also a writer and researcher for the hit TVNZ series The Missing.