Slaughter on a Snowy Morn

A Tale of Murder, Corruption and the Death Penalty Case That Shocked America 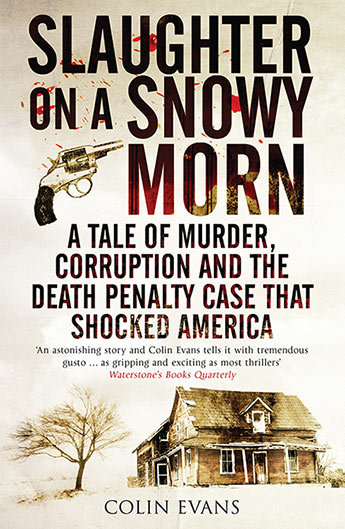 The dramatic tale of the New York farmhand condemned to death in 1916, who became the first convicted murderer ever to be freed by forensic science.

Sing Sing Prison, New York, July 1916. Charles Frederick Stielow, a 37-year-old farmhand with the mind of an infant, is just minutes away from the electric chair for a double murder he didn't commit.

With a vengeful legal system baying for blood, his situation looks hopeless. Eight blocks away, Stielow's wife sobs helplessly in her hotel room, certain she will never see her husband alive again.

Slaughter on a Snowy Morn is the first full account of how Charles Stielow, convicted of murdering a wealthy landowner and his housekeeper, became the central figure in one of the most fascinating yet little-known stories in criminal history. The crooked 'expert' testimony of Albert H. Hamilton, a jumped-up druggist, condemns Stielow to death row, where the battle to save his life is led by America's most celebrated female lawyer, Grace Humiston.

'An astonishing story and Colin Evans tells it with tremendous gusto.he marshals all his research with great skill to produce a narrative as gripping and exciting as most thrillers.' Waterstones Books Quarterly

'A stunner.a true crime story for people who don't read true crime stories - because it's not really about the crime at all, it's about justice and the legal system and a number of individuals fighting to overcome corruption and petty parochial stupidity - which makes for a riveting read.' Brian Clegg
More books by this author

Colin Evans is a veteran writer specialising in forensics. His books include The Father of Forensics; The Casebook of Forensic Detection: How Science Solved 100 of the World's Most Baffling Crimes; and A Question of Evidence: The Casebook of Great Forensic Controversies from Napoleon to O.J. He lives in Trowbridge, Wiltshire.