How organised crime got hooked on drugs 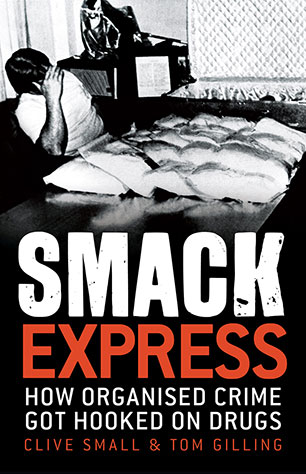 Former Assistant Police Commissioner exposes the truth about the multi-million dollar heroin trafficking business and reveals the raw insides of the industry in a way only a policeman could.

Organised crime in Australia doesn't just exist on our television screens. The real world of serious crime operates every day and in every state of the country. It is a multi-billion dollar business and at its core are the drug trade and a world of secrecy and self-protection where intimidation and violence are used as the first and only resort.

Smack Express takes us deep into this world and unravels the web of criminal connections that are at the heart of the Australian underworld. It is about stand over merchants, big time drug dealers and small time crims, politicians, corrupt police, informants, undercover cops, contract killers, criminal gangs, and lawyers and accountants operating on the edge of the law. It is also about the Calabrian Mafia, triads and an international milieu that has connections across Southeast Asia and into Colombia.

Authoritative and meticulously researched, Clive Small and Tom Gilling fit together all the pieces of this frightening and fascinating puzzle. Theirs is the book on organised crime for this generation.
More books by this author

Clive Small was one of NSW's most successful detectives and an Assistant Commissioner of Police before leaving the force. Tom Gilling is a highly regarded investigative journalist and fiction writer.