A Brief Career in the Cocaine Trade 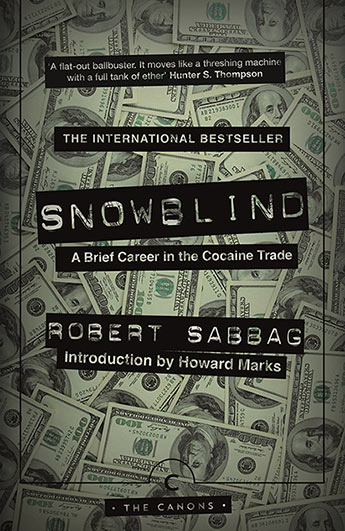 Zachary Swan: world-class smuggler of the finest cocaine, wicked genius, first-class fool. In his brief and brilliant career as a founding father of the trade, Swan serves the world's most elegant clientele by the most inelegant means, always staying just one step ahead.

Robert Sabbag's rip-roaring modern classic of reporting follows Zachary from the streets of Bogota to the nightclubs of New York, charting the soaring high and the crashing comedown of a legend.
More books by this author More books in this series

Robert Sabbag is the bestselling author of the drug smuggling classics Snowblind and Smokescreen, and the definitive book on the U.S. Marshals, Too Tough to Die. His journalism appears in numerous magazines, among them Rolling Stone, to which he is a regular contributor. Witness Protection, based on his New York Times Magazine cover story, 'The Invisible Family', was nominated for two Golden Globe Awards, including Best Picture.