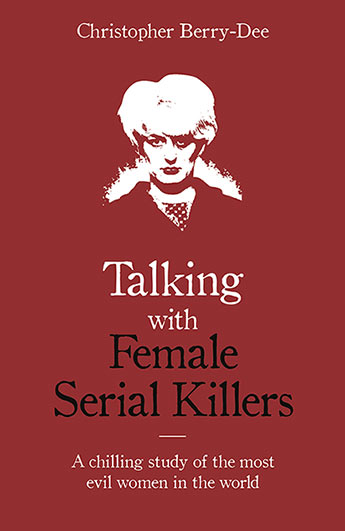 Christopher Berry-Dee, criminologist and bestselling author of books about the serial killers Aileen Wuornos and Joanne Dennehy, turns his uncompromising gaze upon women who not only kill, but kill repeatedly.

Because female murderers, and especially serial murderers, are so rare compared with their male counterparts, this new study will surprise as well as shock, particularly in the cases of women like Beverley Allitt, who kill children, and Janie Lou Gibbs, who killed her three sons and a grandson, as well as her husband. Here too are women who kill under the influence of their male partners, such as Myra Hindley and Rosemary West, and whose lack of remorse for their actions is nothing short of chilling. But the author also turns his forensic gaze on female killers who were themselves victims, like Aileen Wuornos, whose killing spree, for which she was executed, can be traced directly to her treatment at the hands of men.

Christopher Berry-Dee has no equal as the author of hard-hitting studies of the killers who often walk among us undetected for many years, and who in so many cases seem to be acting entirely against their natures.
More books by this author

A noted writer and criminologist of many years' standing, Christopher Berry-Dee is the author of the bestselling Talking With Serial Killers and Talking with Psychopaths.