The Art of Political Murder 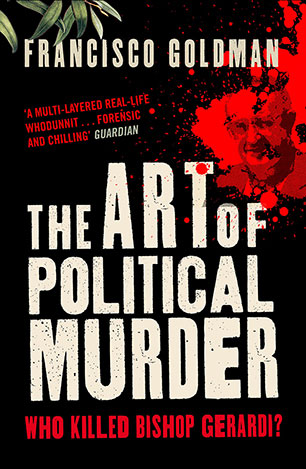 On a Sunday night in 1998, Bishop Juan Gerardi, Guatemala's leading human rights activist, was bludgeoned to death in his garage. Just two days earlier, a Church-sponsored report had implicated Guatemala's government in the murders and disappearances of some 200,000 civilians. The Church, realizing that it could not rely on the legal system to look into the bishop's murder, took the controversial decision to form an investigative team of young men who called themselves Los Intocables (the Untouchables) to find the killers. For seven years, Francisco Goldman followed Los Intocables' efforts to uncover the truth. He observed firsthand some of the most crucial developments in the case, including the killing and forced exile of witnesses, judges and lawyers.

The Art of Political Murder is his mesmerising account of the investigation. In telling it, Goldman opens a window on the new Latin American reality of mara youth gangs and organized crime, and demonstrates, at the most intimate level, the difficulties of building democracy in a country awash with political corruption and criminality. Most of all, it is the story of an extraordinary group of courageous people and their fight for justice.

Francisco Goldman's first novel, The Long Night of White Chickens, won the Sue Kaufman Prize for first fiction from the American Academy of Arts and Letters. The Ordinary Seaman, his second novel, was a finalist for the International IMPAC-Dublin Literary Award. Both novels were finalists for the PEN/Faulkner Award. Goldman's novel The Divine Husband was published by Atlantic Books in 2006. His work has appeared in the New Yorker, Harper's, New York Times Magazine, and New York Review of Books.