The True Story of My Brush with Death in the World of Narcos, Launderers, and Treason 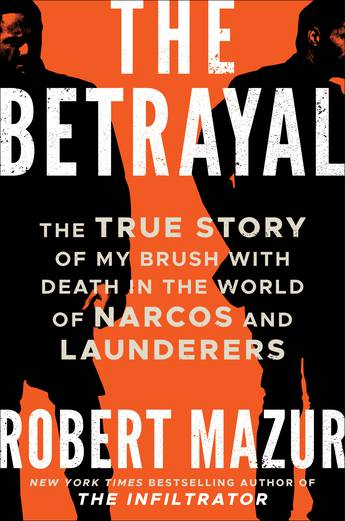 From the bestselling author who inspired Bryan Cranston's The Infiltrator.

Robert Mazur's riveting true story exposes the corruption at the heart of one of the most explosive undercover missions of his career.

Refusing to acknowledge the danger, Mazur was obsessed with seeing the mission through to its treacherous end: expose the Cali cartel, find out who betrayed him, and escape with his life. This is his true story.
More books by this author

Robert Mazur served for nearly 30 years as a Federal Special Agent for the IRS Criminal Investigation division, the Customs Service, and the Drug Enforcement Administration. He is the bestselling author of the memoir The Infiltrator, which was adapted into a major motion picture starring Bryan Cranston. Mazur is a court-certified expert in international drug trafficking and money laundering and is the president of KYC Solutions, Inc., a firm that provides speaking, expert witness, and consulting services to companies worldwide. His writings about money laundering, international drug trafficking, and corruption have been published in many journals and media outlets, including the New York Times and the Wall Street Journal. He has also appeared on more than 1,500 radio and television shows, including NPR's All Things Considered and MSNBC's Morning Joe, as well as on CNN, PBS, ABC, CBS, NBC, Univision, BBC, and other major networks. For more information, visit www.robertmazur.com