Inside the outlaw motorcycle clubs 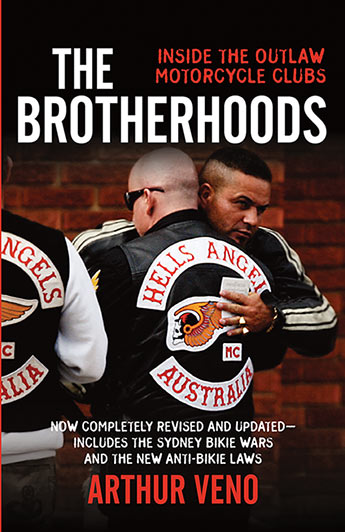 Bikies consider themselves 'the last free people in society'; unrestricted by the laws that rule ordinary citizens. Yet they have strict joining rules and jealously guard their privacy. The twenty-first century has seen bikie culture move from secretive disorganised crime to far more threatening organised criminal activities that led to the death of a Hells Angel's associate at Sydney airport in 2009, and the gang-style killings that preceded it.

Arthur Veno's account of bikie culture is as close to firsthand as is ever likely to be published. Australia's leading bikie expert, Veno reveals the true picture of the brotherhoods. Drawing on in-depth interviews, personal stories and years of meticulous research, he explains the rules and rituals of the clubs, tells of landmark incidents and profiles some famous bikies. In this fully revised edition of The Brotherhoods he outlines the rise of the so-called Nike bikies whose drugs and turf wars threaten to spill onto our streets, and the attempts by governments to introduce controversial laws to control the violence.

The Brotherhoods is the definitive account of bikie culture in Australia.
More books by this author

Professor Arthur Veno was born in the US and has lived in Australia since 1974. Most recently director of Monash University's Centre for Police and Justice Studies, Veno has studied the clubs for seventeen years. But he's no ordinary academic - he attends club nights, field days and runs, and counts members of the Gypsy Jokers, Hell's Angels and Coffin Cheaters as his friends (they call him the Mad Professor). Veno now grows trees on his farm in rural Victoria, and is a consultant to various groups on human rights and criminal justice issues, as well - of course - as the bikie clubs.