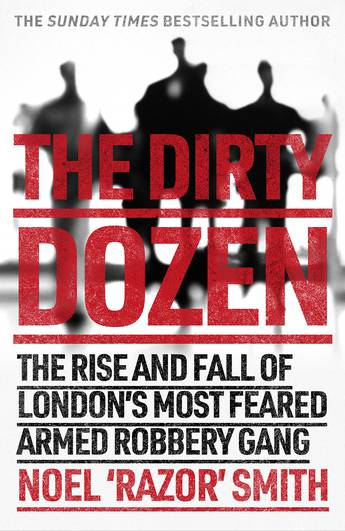 The true story of London's most prolific armed robbery gang.

The average bank robbery takes around four minutes. The essential ingredients are ruthlessness, cunning and plenty of bottle. You'll also need a weapon, a disguise and a getaway car. If you have all those things, then you could go to work right now. The Bradish boys had all these things and, boy, did they go to work.

The 'Dirty Dozen' were a ruthless federation of criminals who ran the armed robbery game in London for over a decade.

When charismatic leader 'Gentleman' Jim Doyle was jailed, the innovative but violent Bradish twins, Sean and Vincent, stepped up to take the throne. Hardened by a life in London's most lawless corners, they recruited a tight-knit crew to forge a reputation as the brutal kings of their underworld trade.

Banks, security vans, post offices, travel agents - anywhere was fair game and nowhere was safe. With endless money at their disposal, the gang spent freely on cars, drugs and decadence. Life was good.

But with the Met's tough-as-nails Flying Squad hot on their heels, a member of the inner circle cracked under the pressure and turned grass - and so began the thrilling chase-down of the Bradish boys and their illicit empire. The Dirty Dozen is the real story of the rise and fall of London's most feared crime syndicate.
More books by this author

Noel 'Razor' Smith is a former professional armed robber who has spent thirty-three years of his life serving sentence after sentence in prisons around Britain. He taught himself to read and write in prison, gained an Honours Diploma from The London School of Journalism and an A-Level in Law, and has penned several books including bestselling memoir A Few Kind Words and a Loaded Gun.