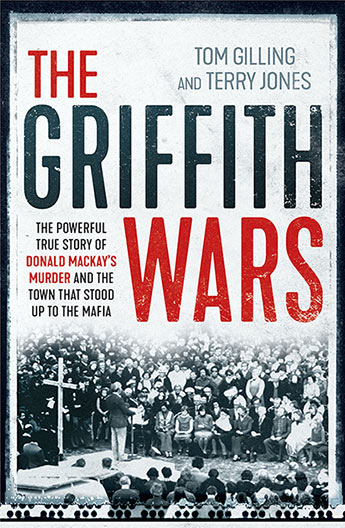 The story behind the murder that shocked a nation.


'Donald Mackay was not just an innocent victim tragically struck down by a criminal act. He was a casualty of the actual fight against organised crime ... killed on active service, as it were ... His name should never be forgotten, his passing must not be allowed to be in vain.'

The assassination of Donald Mackay was meant to solve a problem for the mafia. Instead it roused the law-abiding citizens of Griffith to fight against the powerful criminal elements who had made their town synonymous with drugs and murder.

Drawing on the personal diaries and memories of Terry Jones - who, as the editor of the local newspaper, knew everyone and heard everything - The Griffith Wars reveals startling new evidence about one of Australia's most notorious unsolved murders. It also powerfully recounts the struggle for the soul of a country town still battling to shake off its criminal past.
More books by this author

Tom Gilling's acclaimed novels, The Sooterkin, Miles McGinty and Dreamland have all been published in Australia, as well as in London and New York. His is co-author with Clive Small of the highly successful Smack Express, Blood Money, Evil Life and The Dark Side.

Terry Jones was a friend of Donald Mackay, a long-time resident of Griffith and editor of The Area News and The Griffith Times. His diaries form the basis of this book.

10. A clairvoyant and a royal commission