My Journey to the Heart of the Mafia 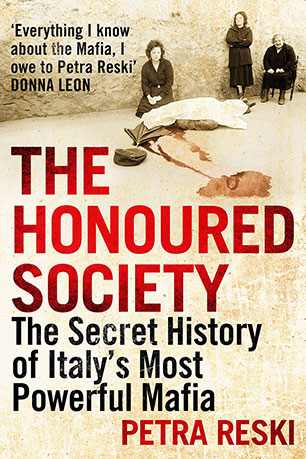 When six mafiosi were shot and killed in a quiet German town, the massive reach of Calabria's mafia was brought brutally into focus. In The Honoured Society, Petra Reski reveals the organized crime network that has Europe in its grip.

In the early hours of an August morning a gunfight broke out in an Italian restaurant in Duisburg; in less than five minutes over seventy shots were fired into the bodies of six men. Both victims and assassins were members of the 'Ndrangheta crime organization: Calabria's Mafia had extended the savage tentacles of its influence outside Italy for the first time. Petra Reski dispels the Hollywood romance surrounding the Mafia to reveal the huge and menacing force lurking everywhere - from street corner to parliament offices, construction site to corporate headquarters - and involved in everything from petty extortion to the disposal of nuclear waste. Reski's searing portrait of the criminals who have come to control not only Italy but vast swathes of Europe is a journalistic tour de force.
More books by this author

Petra Reski was born in Kamen, German in 1958. Having lived in Italy since 1989, she is a widely respected journalist known for her investigative pieces about the Mafia.