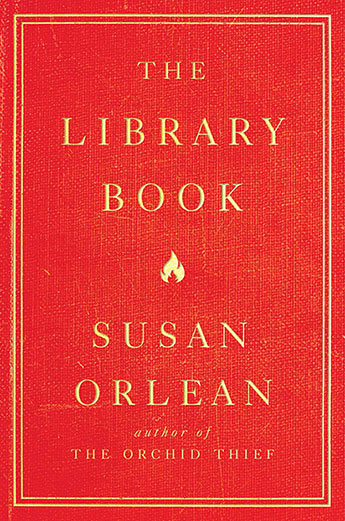 The bestselling author of The Orchid Thief reopens the unsolved mystery of one of the most catastrophic library fires in history and delivers a dazzling love letter to a beloved institution - our libraries.

After moving to Los Angeles, Susan Orlean became fascinated by a mysterious local crime that has gone unsolved since it was carried out on the morning of 29 April 1986: who set fire to the Los Angeles Public Library, ultimately destroying more than 400,000 books, and perhaps even more perplexing, why?

With her characteristic humour, insight and compassion, Orlean uses this terrible event as a lens through which to tell the story of all libraries - their history, their meaning and their uncertain future as they adapt and redefine themselves in a digital world.

Filled with heart, passion and extraordinary characters, The Library Book discusses the larger, crucial role that libraries play in our lives.
More books by this author

Susan Orlean has been a staff writer at The New Yorker since 1992. She is the author of seven books, including Rin Tin Tin, Saturday Night and The Orchid Thief, which was made into the Academy Award-winning film Adaptation. She lives with her family and her animals in Los Angeles and may be reached at SusanOrlean.com and Twitter.com/SusanOrlean.