The Maul and the Pear Tree 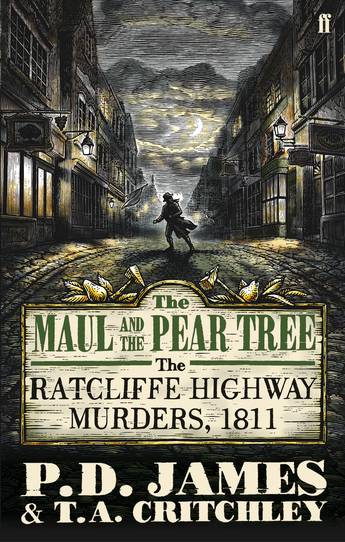 P.D. James's only work of true crime: a historical mystery every bit as gripping as her bestselling novels.

In 1811 John Williams was buried with a stake in his heart. Was he the notorious East End killer or his eighth victim in the bizarre and shocking Ratcliffe Highway Murders? In this vivid and gripping reconstruction P. D. James and T. A. Critchley draw on public records, newspaper clippings and hitherto unpublished sources, expertly sifting the evidence to shed new light on this infamous Wapping mystery.
More books by this author

P. D. James was born in Oxford in 1920. From 1949 to 1968 she worked in the National Health Service and subsequently in the Home Office, first in the Police Department and later in the Criminal Policy Department. All that experience has been used in her novels. She is a Fellow of the Royal Society of Literature and of the Royal Society of the Arts and has served as a Governor of the BBC, a member of the Arts Council, where she was Chairman of its Literary Advisory Panel, on the Board of the British Council and as a magistrate in Middlesex and London. She has won awards for crime writing in Britain, America, Italy and Scandinavia, including the Mystery Writers of America Grandmaster Award. She has received honorary degrees from seven British universities, was awarded an OBE in 1983 and was created a life peer in 1991. In 1997 she was elected President of the Society of Authors. She lives in London.