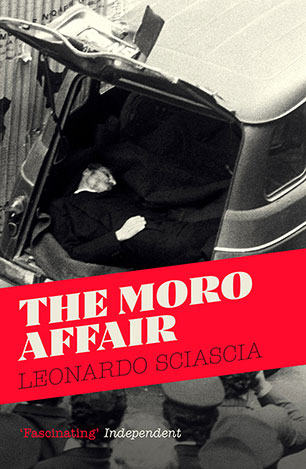 A penetrating and uncompromising account one of the greatest scandals in modern Italian politics - the kidnap and murder of former Prime Minister Aldo Moro.

On 16 March 1978, Aldo Moro, former Italian Prime Minister, was ambushed in Rome. Within three minutes the gang killed all five members of his escort and bundled Moro into one of three getaway cars. An hour later the Red Brigades announced that Moro was in their hands; on 18 March they said he would be tried in a 'people's court of justice'. Seven weeks later Moro's body was discovered in the boot of a Renault parked in the crowded centre of Rome. In this book, Leonardo Sciasica, a master of detective fiction, untangles the real-life events of these crucial weeks and provides a unique insight into the dangerous world of Italian politics in the 1970s.
More books by this author

Leonardo Scaiscia was born in Sicily in 1912 and died there in 1989. Like Joseph Roth, Sciascia worked with deceptively simple forms - books about crime, historical novels, political thrillers - and was a master of lucid and accessible prose. This polished surface conceals great depths of sophistication and an intense engagement with the moral and historical problems of modern Italy, especially of his native Sicily. His books are rooted in a particular culture; they speak to anyone who has ever wondered how people can endure unbearable injustice.