The Name of Death 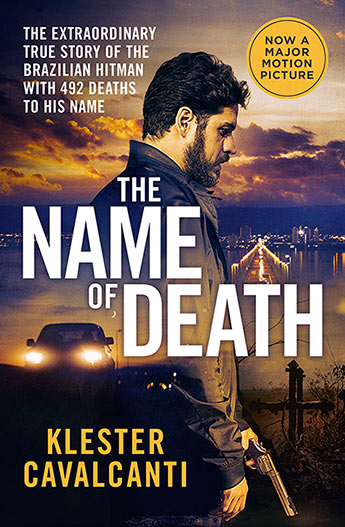 The powerful true-life story of a Brazilian boy who became the world's most prolific killer - now a major motion picture.

Julio Santana grew up in a poor fishing family in Brazil. At the age of 17 he committed his first murder in exchange for food for his family. Santana went on to become a killer for hire on an almost unimaginable scale, murdering more than 490 people.

Yet, despite his appalling crimes, he was far from a monster. Santana was a loyal son, a family man and a devout Christian who was tormented by his conscience with every killing shot. Klester Cavalcanti, an acclaimed investigative journalist, became fascinated with the story of a normal man who happened to be one of the world's most prolific murderers. Over the course of seven years, Cavalcanti interviewed Santana by phone, and used his skills as a journalist to trace the path of his life and infamous career. The result is an extraordinary and chilling insight into a killer.
More books by this author

Born in 1969, Klester Cavalcanti is considered one of the greatest Brazilian investigative journalists. He worked for many years with the leading news magazine in Brazil, Veja. His books, Viuvas da Terra (2004), The Name of Death (2006), and Days of Hell in Syria (2012), have each won him the prestigious Jabuti literature prize in Brazil.