The Needle in the Heart Murder

The mysterious death of Dr Yeates 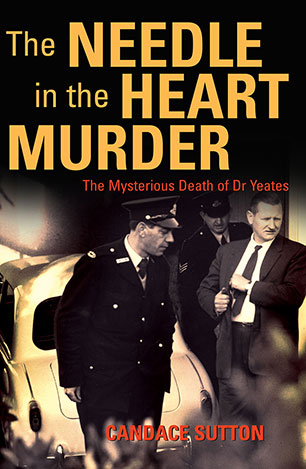 On a hot September night in 1960, Dr James Yeates was beaten about the face and head and stabbed through the heart with a hypodermic syringe. The unsolved Yeates Case has been one the most enduringly mysterious murders in the annals of Australian crime.

On a rainy September night in 1960, Dr James Yeates was beaten about the face and head and stabbed through the heart with a hypodermic syringe. He was left lying in a pool of blood on the floor of his Vaucluse garage. A light bulb had been taken from the socket and was smashed on the floor. Outside was Dr Yeates's car with the engine still running, the driver's door open and the headlights on.

The ensuing murder inquiry became so notorious that the star detective of the time, Ray Kelly, was seconded from the equally famous Graeme Thorne kidnapping case. Medical investigators decided only a doctor could have administered the puncture wound through the wall of Yeates's heart - and the abnormal amount of adrenaline found in the tissue.

Macquarie Street's finest, including Dr Eric Hedberg, were lined up for questioning. Stories emerged of Diana Yeates's alleged affair with him and of Dr Hedberg's first wife, Joyce, purportedly fearing she was being poisoned. Joyce Hedberg died five months before James Yeates. The inquest was sensational.

In fact, no one was ever charged with this murder. In May 1964, Eric Hedberg and Diana Yeates married. .
More books by this author

Candy Sutton is an experienced journalist, currently employed by the Sun-Herald. She has carried out extensive research into the Yeates Case, and published a feature on it shortly after Dr Hedberg's death. This is her first book.

2. Five out five back

3. Hole in the heart

8. Short of a gallop