The True Story of a 1920s Murder Mystery 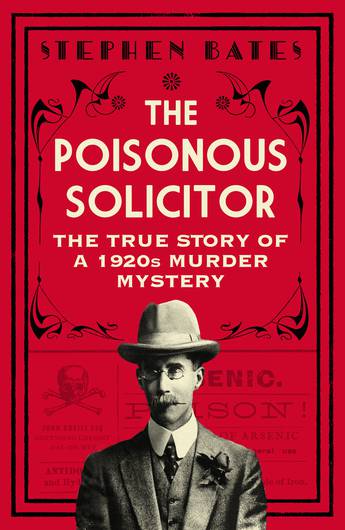 In 1922, Major Herbert Armstrong, a Hay-on-Wye solicitor, was found guilty of, and executed for, poisoning his wife, Katharine, with arsenic.

Armstrong's case has all the ingredients of a classic murder mystery, from a plot by Agatha Christie or Dorothy Sayers (indeed some aspects of his story appear in Sayers' Unnatural Death). It is a near-perfect whodunnit.

One hundred years later, Agatha Award-shortlisted Stephen Bates examines and retells the story of the case, evoking the period and atmosphere of the early 1920s, a time of newspaper sensationalism, hypocrisy and sanctimonious morality.

'Meticulously researched ... a gloriously engaging romp revolving around a knotty case that boasts all the ingredients a crime fiction fan could hope for.' - The Times

Stephen Bates read Modern History at New College, Oxford before working as a journalist for the BBC, Daily Telegraph, Daily Mail and, for 22 years, The Guardian, successively there as a political correspondent, European Affairs Editor in Brussels and religious and royal correspondent. A regular broadcaster, he has also written for the Spectator, New Statesman, Time magazine, Literary Review, Tablet and BBC History Magazine, Le Monde and Berliner Zeitung. He is married with three adult children and lives in Kent. This is his tenth book.