The true story of the Wales-King murders 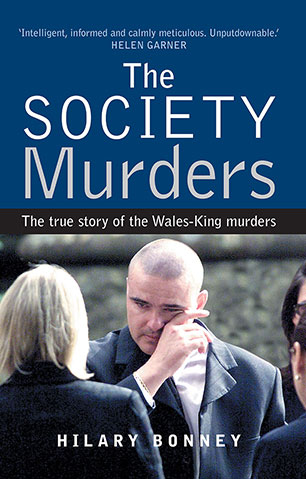 The story of the 'society murders' that rocked a family, a class and a city to its very core.

In April 2002, wealthy socialite Margaret Wales-King and her husband Paul King left their home in a leafy eastern suburb, dined with her son and his family and then disappeared into thin air. Twenty-five days later, after an investigation that swamped the front pages, their bludgeoned bodies were found in a shallow bush grave just outside Melbourne.

The family's grief was on full public display as speculation raged about the possible culprit and rumours about drugs, gambling and kidnapping did the rounds. Then Margaret's youngest son, Matthew, was arrested for the murders and his wife, Maritza, was charged with attempting to pervert the course of justice. In his confession, Matthew was adamant that he wasn't after the substantial inheritance, but that he felt totally disempowered by his mother who had alienated him from his family. In his mind he believed he had no choice but to commit one of the most uncommon and unsettling of crimes - matricide.

What is it about this case that continued to dominate the media long after the confession? Was it the association with wealth? Was it the enigmatic Maritza, whose role in the murders attracted huge speculation? Or was it simply that nice men like Matthew aren't meant to kill their mothers? Melbourne barrister Hilary Bonney has immersed herself in the world of the Wales-Kings, closely following the investigation, the subsequent legal processes, and the surrounding media furore. Perhaps most fascinating of all, she examines the psychology of a killer whose chilling act rocked a family, a class and a city to its very core.
More books by this author

Hilary Bonney is a Melbourne-based barrister who has had extensive experience in the criminal jurisdiction. She also teaches at the Victorian Institute of Forensic Medicine and has contributed regularly to several legal publications including the Alternative Law Journal. In Hilary's own words: 'I don't know Matthew or his brothers and sisters, but I could have. I don't know Margaret or Paul, but I may have brushed past them in High Street or at the Prahran Market.' The Wales-King case fascinates her not only professionally, but on a deeply personal level, too.