Those Who Marched Away 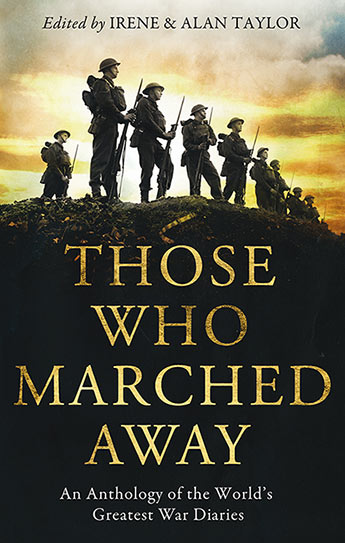 Arranged as a diary around a calendar year, Those Who Marched Away tells many individual stories from many wars down the ages, with several compelling entries for each day of the year. The diarists come from every walk of life; from faceless footsoldiers to those charged with orchestrating battle, from the Home Front to the Holocaust, from famous writers, political leaders and fighting men and women to ordinary working people enveloped by events over which they have little influence. Together, they give an insight into what has been described both as 'the most exciting and dramatic thing in life' to 'the universal perversion.'

Alan Taylor is a journalist and is currently the Editor of the Scottish Review of Books and Associate Editor of the Sunday Herald. Formerly, he worked for Scotland on Sunday and the Scotsman, where he was Managing Editor. In an earlier incarnation he was a reference librarian. He is a regular contributor to a variety of publications and is half of the Scottish team on Radio 4's Round Britain Quiz.